As today is Sunday and it’s now becoming a tradition with me, here is an alternative to a black and white “daily” strip. We didn’t complete any full color Sunday strips, as I’ve mentioned before, because the Comics Syndicates didn’t require them as part of a submission and SCENE Magazine didn’t have a Sunday edition. But that doesn’t mean I didn’t write any scripts for Sunday comics. I believed that it was only a matter of time before we were syndicated across North America and having to come up with a new one every week.

Here is a scan of the first such script I wrote. It gives you an idea of the kinds of things I routinely demanded of Tim without much consideration for the effort it would cost him. “So, I’m seeing a full color Sistine Chapel ceiling with Dexter fist bumping the Almighty, who looks like Charles Schulz.” 🙂 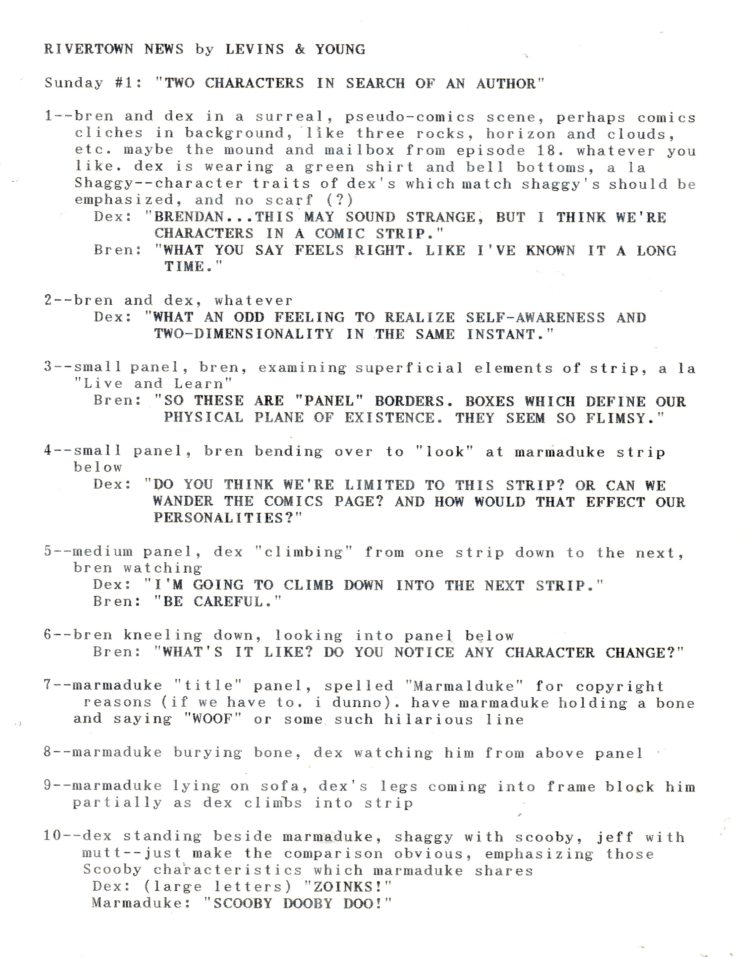 Comics by Levins and Young is licensed under a Creative Commons Attribution-NonCommercial-NoDerivatives 4.0 International License.
Permissions beyond the scope of this license may be available at https://levinsandyoung.com/.
%d bloggers like this: